Utrecht will be celebrating throughout the summer of 2022: in 1122 the city received city rights and this 900-year jubilee is being exuberantly celebrated under the motto Utrecht 900: City without walls. 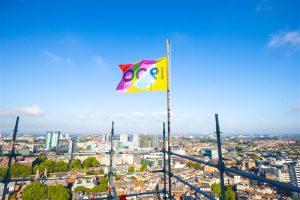 As part of the festivities, the Utrechts Kamerkoor and the City of Utrecht commissioned me to write a choral work. The text was provided by the choir and written by one of the choir members. It is, quite appropriately, about how the city and the rights and duties of its citizenry developed into modern Utrecht society.

In Münster, on June, 25 and in Lengerich, on June, 26, Peter Holtslag (recorders) and the Ruysdael Quartet played the German première of my Songs of War & Peace in the opening weekend of the Summerwinds Festival.

The programme also included Erwin Schulhoff’s Five Pieces for String Quartet and Gordon Jacob’s Suite (alto recorder and quartet). Three suite-like works with a historicizing slant, that is. Plus, with a leading role for the recorder alongside the string quartet that is rarely found in concert programs.

My Songs of  War & Peace are based on melodies of the Thirty Years’ War period, from the countries that suffered most: the German lands, the Netherlands, and Bohemia, where it all started in 1618 with the Defenestration of Prague. The two German performances were all the more fitting because they took place in Münster, where in 1648 the various treaties were signed that concluded the war (the Peace of Westphalia), and in Lengerich, the ancient small town north of Münster that prides itself in the Lengericher Conclusum, a treaty signed there in 1645 advising that all representative political bodies should partake in the peace talks (including the towns and cities, most of whom were not combatants but victims).

The Münster concert, in the sold out Erbdrostenhof, was a resounding succes. 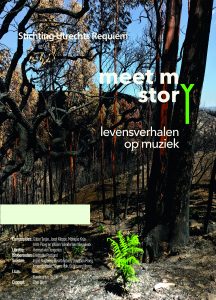 The Utrechts Requiem Foundation presented the third edition of the Utrecht Requiem, extraordinary life stories set to music, again framed by the Introitus and In Paradisum that I wrote for earlier editions of this project.

Ensemble Postland will play  a series of 24 concerts cumulating in two performances in the recital hall of Tivoli Vredenburg, Utrecht on Januari 30, 2022.

The recording that Dutch Classical Radio4 made can be listened to here.

The Utrecht Requiem 2022 by Ensemble Postland and soloists

Songs of War & Peace, for recorder and string quartet, was baptised by master recorder player Peter Holtslag and the Ruysdael Quartet in a series of four concerts in October 2020. The piece was originally written for the Bennewitz Quartet but the Covid-crisis prevented this great Czech quartet from coming to the Netherlands. You can hear the Ruysdael’s wonderful playing in the recording made by Dutch Classical Radio. Peter Holtslag, who commissioned the piece, will take it to Germany in 2021-2022 to give it a première there in the ElbPhil in Hamburg.  I am very proud of the piece and look forward to its reception in Germany. 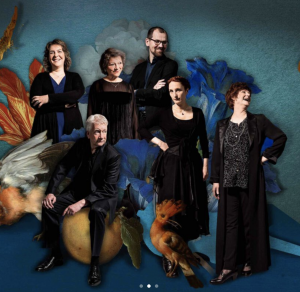 Scènes uit ons lot  (‘Scenes from Our Fate’) was premiered on June 5, 2021 in the Aegtenkapel, Amersfoort. It is a song, or ballad, on a text by former Dutch Poet Laureate Ester Naomi Perquin in which she describes our experiences of the Covid-crisis in vivid, and sometimes comical, detail. Written for Camerata Trajectina and its lead singer Nico van der Meel, it uses a renaissance mixed consort and mean-tone temperament to describe a very contemporary phenomenon. 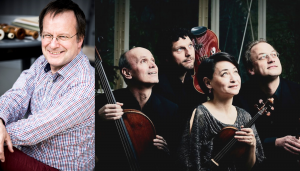 by the Ruysdael Quartet and Peter Holtslag (recorders)

It was hard work to make Songs of War & Peace. Selecting and musically understanding the songs from the Thirty Years’ War, especially the so completely different Bohemian songs. Imagining a 17th-century instrument (the recorder), with the styles that go with it, along with an ensemble that is largely rooted in Romanticism (the string quartet). And practically speaking, of course, there was the Covid crisis, which meant that the Czech Bennewitz Quartet had to be replaced at the very last minute by the Ruysdael Quartet. The quartet did a formidable job in the four concerts that were recorded by NPO Radio4. Master flutist Peter Holtslag will be taking this commissioned work to Germany next season, where he will play the German premiere at the ElbPhil. I am more than satisfied with the piece. Listen to it here the way it sounded at the premiere.

The Utregs Requiem 2019, featuring my Introïtus & In Paradisum, presented an impressive collaboration of musicians and principal characters. Wonderful outreach tour of ten concerts in local venues!

Vocal Ensemble TIEN will sing the première of my new ‘Divine Meditations’ for SATB, on texts by John Donne, in the concert series Couleur Vocale van de Waalse Kerk.

My Christmas Quartet has been baptised by the musicians of Klassiek op Zuid!

Neon Choir, Ensemble Insomnio and the children of the Zangschool Utrecht played and sung the Utregs Requiem, wonderfully recorded by national Dutch radio NTR in the Evening Concerts.